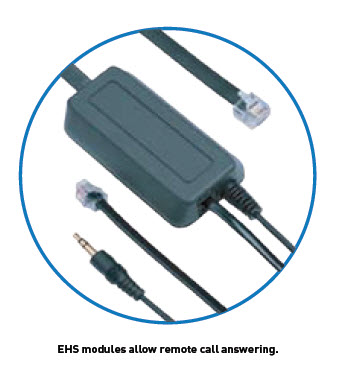 Telephones and Headsets a Brief History

In the beginning Alexander Graham Bell made the telephone and the people rejoiced, for they could now talk to friends and conduct business from afar.

However, the people found that cradling the telephone handset between their shoulder and ear made their neck hurt - they were not pleased.

Next, the headset was developed and the people once again rejoiced, for their pain was relieved.

However, the people soon became tired of having to remain at their desks/tables while talking on the telephone - they were not pleased.

Next, the wireless headset was developed and the people once again rejoiced, for their frustration was alleviated.

However, the people still has to remain at their desks/tables to answer calls and hangup calls - they were not pleased.

Next, mechanical handset lifter was developed and the people once again rejoiced, for they could now answer and hangup calls while they were making coffee or in the toilet.

However, the people soon found that these lifters wore out or some telephones could not be fitted with them - they were not pleased.

Next, Electronic HookSwitch (EHS) cables were developed and the people once again rejoiced.

However, the people soon found that these Electronic HookSwitch cables only worked with a few proprietory telephones and telephone systems - they were not pleased.

Next, a standard telephone, with integrated Electronic HookSwitch, that would work on any telephone system or network line was developed and the people once again rejoiced.

So we come to NOW. This page provides a basic understanding of how Electronic HookSwitches provide the link between telephones and wireless headsets.

Normally, this current flow/digital signal is initiated by either lifting the telephone handset or pressing the speaker button.

Soon after the introduction of wireless headset technology to the telecommunications environment, users asked why they had to remain tethered to their telephones? After all, they could now "walk and talk", why couldn't they answer and hang-up calls while they were away from their desk?

The solution developed was the mechanical handset lifter. This enabled wireless headset users to answer and hang up calls, simply by pressing a "call control" button on their headset. Press the button and the handset was lifted, press it again and it went down.

This solution worked well and still does. However, the developers of the latest range of high technology digital telephones thought that there had to be something better. Enter the digital Electronic Hook Switch (EHS) cable.

Electronic Hook Switch The Good And The Bad

The Electronic HookSwitch (EHS) cable has the advantages of:

Also, these "new-fangled" cables can only be used if both the headset manufacturer and telephone manufacturer combine their expertise to make them work. This results in the high cost manufacturers having EHS while the economy systems dont. Also they are not backward compatible - the mass of older phones out in the business environment cannot benefit from EHS technology.

To overcome some of these problems, some system manufacturers, such as LG Nortel, have developed their own EHS cable add-on. Also, Australian telephone manufacturer Interquartz has recently introduced their EHS enabled analogue telephones. This development will enable people previously excluded from benefiting from EHS technology to now take advantage of it.

A further point, that needs to be considered, is that both the mechanical handset lifters and electronic versions can only do one thing. They can only activate the phone hook switch - they cannot press/activate buttons on the telephone. If you have to press a button (not simply pick up the handset) to answer a phone call then you still need to return to your telephone to answer calls.